Digital print for corrugated packaging - Is it niche, a fashion, or a disruptive technology?

Learn more about how corrugated converters can effectively identify and evaluate opportunities for adopting innovative digital print technologies that enable: 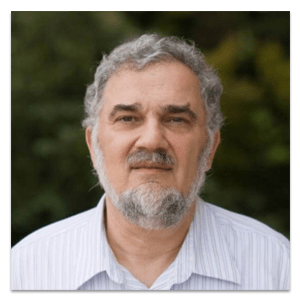 Haim Mendelson is the Kleiner Perkins Caufield & Byers Professor of Electronic Business and Commerce, and Management at the Stanford Graduate School of Business. He has been full professor at Stanford since 1989, following ten years of service at the Graduate School of Management at the University of Rochester. He has been elected Distinguished Fellow of the Information Systems Society in recognition of outstanding intellectual contributions to the Information Systems discipline. He has published more than a hundred research papers and more than forty company case studies. His work was published in leading journals in the areas of information systems, management science, finance, economics and statistics. He coauthored the book Survival of the Smartest that introduced the concept of Organizational IQ to quantify the ability of a company or organization to use information to make quick and effective decisions.

At the University of Rochester, he received a University Mentor award in recognition of outstanding service to the University, managed a large-scale research center studying the management of information systems, and was the Computer and Information Systems Area Coordinator. At Stanford he serves or served as codirector of the Value Chain Innovation Initiative; codirector of the Global Supply Chain Management Forum; codirector of the Center for Electronic Business and Commerce; the Operations, Information and Technology Area Coordinator; director of the executive programs on Building Innovative Leaders, Electronic Commerce, and Information Strategy for Competitive Advantage; codirector of the executive programs on Strategic Uses of Information Technology and Strategy and Entrepreneurship in the Information Technology Industry; member of the Editorial Board of the Stanford University Press; and Chair of the University’s faculty committee overseeing distributed computing and administrative information systems. He teaches electronic business and commerce and leads the School’s efforts in incorporating their implications into its curriculum and research. He is or has been Associate Editor or member of the Editorial Board of Management Science, MIS Quarterly, Communications of the Association for Computing Machinery, Manufacturing & Service Operations Management, and Information Systems Research.

Eric became General Manager of the PageWide Web division in April 2015, which includes worldwide responsibilities for Product Development, Operations, and Marketing in the web-based Commercial Printing Market consisting of Transaction, Direct Mail, General Commercial Print, and Publishing. In 2016, the division launched the world’s first inkjet web-based printer into the Corrugated packaging market. That same year, Eric assumed additional responsibilities to lead HP’s Scitex division, a provider of innovative inkjet flatbed print systems for the Sign, Display, and Corrugated post print markets. The Scitex and PageWide Web Press divisions were merged together into HP’s PageWide Industrial division with a focus on web-based Commercial printing as well as pre and post printing for the Corrugated packaging market.

Eric got his start with HP in 1984 in the San Francisco Bay Area as a Materials Engineer in HP’s Printed Circuit Division. During his 35 year career with HP, he has held various engineering and leadership positions in research and development, manufacturing, and supply chain. Prior to assuming his current role in the PageWide Web Press division, Eric was Director of R&D for HP’s central development lab for HP’s Graphics Solutions Business, where he led development of digital inks, media coatings, materials, long-life consumables, and software solutions used today by all of HP’s Graphics businesses.

Eric holds a BS degree in Mechanical Engineering from the University of Texas at Austin. 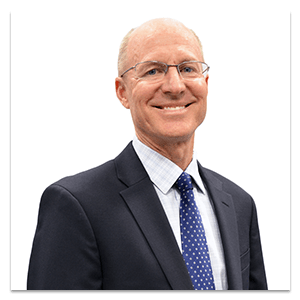